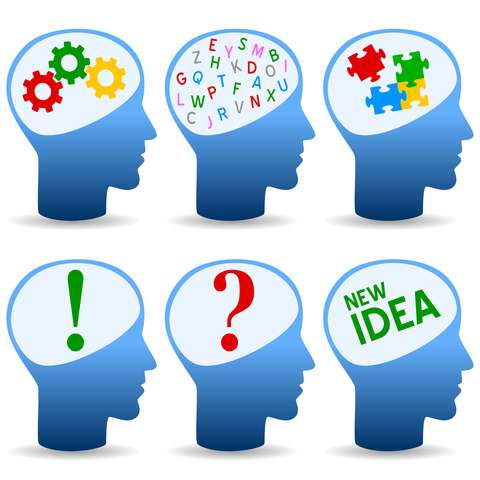 As some of you may know, I recently published an article on  PsychologyToday.com regarding Adam Lanza, the autistic b

As some of you may know, I recently published an article on  PsychologyToday.com regarding Adam Lanza, the autistic boy who was responsible for the mass shooting in Newtown CT. In the article, I discussed my theory that he was an undiagnosed schizophrenic. I concluded this because, among other things, autism is not linked to violent behavior. After publishing this article, I felt driven to focus a bit more on the topic of autism because I’ve been concerned that autistics throughout the world might be stigmatized as a result of this autistic boy’s actions. So, in this show, I’ll be giving you a tour of the world of the autistic’s mind.

Who better to assist me in this task than Temple Grandin, an autistic woman who has captured the world’s heart. She is a doctor of animal science and professor at Colorado State University,  a bestselling author, autism activist, and consultant to the livestock industry on animal behavior. She also created the “hug box,” a device to calm autistic children. The subject of an award-winning biographical film, Temple Grandin, in 2010, she was listed in the Time 100 list of the 100 most influential people in the world in the “Heroes” category.

I know that Temple feels more comfortable addressing large audiences, so I am particularly pleased and honored that she accepted to do this one-on-one interview with me. I am excited to offer you the rare opportunity to share in this intimate conversation with Temple. We’ll be talking about why the world needs different kinds of minds, including the fact that autistics are visual rather than verbal thinkers.

Temple will also discuss her sensory based abilities, which enable her to relate to cows and understand their fear memories. Her abilities have revolutionized the way cows are handled for slaughter.

The discussion will also address her passion for helping young autistics develop their strengths, rather than focus on their limitations.

For the first time, I will also be publicly discussing my own unusual brain functions–probably resulting from my very early birth followed by extremely high fevers during childhood– including my ability to communicate with domestic and wild animals. Despite the fact that I am not autistic, the parallels between Temple’s brain and my own suggest that perhaps, we all have abilities that we don’t tap into.

Join me for what will certainly be an informative and uplifting conversation.

The archived show will then be made available on this page, BlogTalkRadio, TalkZone, and iTunes. 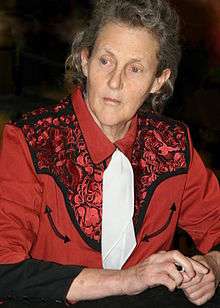 Temple Grandin (born August 29, 1947) is an American doctor of animal science and professor at Colorado State University, bestselling author, autism activist, and consultant to the livestock industry on animal behavior. She also created the hug box, a device used to calm autistic children. The subject of an award-winning biographical film, Temple Grandin, in 2010, she was listed in the Time 100 list of the 100 most influential people in the world in the “Heroes” category.

Dr. Grandin didn’t talk until she was three and a half years old, communicating her frustration instead by screaming, peeping, and humming. In 1950, she was diagnosed with autism and her parents were told she should be institutionalized. She tells her story of “groping her way from the far side of darkness” in her book Emergence: Labeled Autistic, a book which stunned the world because, until its publication, most professionals and parents assumed that an autism diagnosis was virtually a death sentence to achievement or productivity in life.

Dr. Grandin has become a prominent author and speaker on the subject of autism because “I have read enough to know that there are still many parents, and yes, professionals too, who believe that ‘once autistic, always autistic.’ This dictum has meant sad and sorry lives for many children diagnosed, as I was in early life, as autistic. To these people, it is incomprehensible that the characteristics of autism can be modified and controlled. However, I feel strongly that I am living proof that they can” (from Emergence: Labeled Autistic).

Even though she was considered “weird” in her young school years, she eventually found a mentor, who recognized her interests and abilities. Dr. Grandin later developed her talents into a successful career as a livestock-handling equipment designer, one of very few in the world. She has now designed the facilities in which half the cattle are handled in the United States, consulting for firms such as Burger King, McDonald’s, Swift, and others. Temple Grandin, Ph.D., is now the most accomplished and well-known adult with autism in the world.

Her fascinating life, with all its challenges and successes has been brought to the screen. She has been featured on NPR (National Public Radio), major television programs, such as the BBC special “The Woman Who Thinks Like a Cow”, ABC’s Primetime Live, The Today Show, Larry King Live, 48 Hours and 20/20, and has been written about in many national publications, such as Time magazine, People magazine, Forbes, U.S. News and World Report, and New York Times. Among numerous other recognitions by media, Bravo Cable did a half-hour show on her life, and she was featured in the best-selling book, Anthropologist from Mars.

Dr. Grandin presently works as a Professor of Animal Science at Colorado State University. She also speaks around the world on both autism and cattle handling. At every Future Horizons conference on autism, the audience rates her presentation as 10+. Dr. Grandin’s current bestselling book on autism is The Way I See It: A Personal Look at Autism and Asperger’s. She also authored Unwritten Rules of Social Relationships, Animals Make us Human, Animals in Translation, Thinking in Pictures, Emergence: Labeled Autistic and produced several DVDs. All books and DVD’s available through Future Horizons.