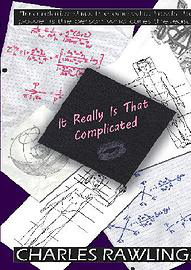 Do women cast aside generous, attractive and accomplished men in favor of bad boys?

Are our intimate relationships nothing more than power trips in disguise?

Do all men secretly search for “back-alley” sexual encounters with prostitutes because they prefer no strings attached, no-intimacy sex.

If that’s not bad enough, he says that all women are prostitutes who trade sexual favors in return for material gain and security.

He advises men to just date escorts because a night with an escort costs less than a typical date, sex is guaranteed and, and buying escorts includes buying the right to send them home!

Listen to this amazing interview, in which I surprise Dr. Rawlings by revealing his own obvious childhood trauma. I go on to explain that his “theories” are a disguise for his own emotional injury.

Join me for what promises to be a very heated and eye-opening discussion with Dr. Rawlings on the relationship between power and love.

Dr. Charles Rawlings was born in Johnson City, Tennessee. He graduated from Duke Medical School in 1982 and subsequently began his neurosurgical residency in 1989 at Duke University Medical Center. While in residency, Charles became fascinated by pain, its substrates, and functional neurosurgery. During his undergraduate and medical school tenure, Dr. Rawlings received multiple honors, including being elected to Phi Beta Kappa and the AOA honor society before completing his residency in 1989.

In 2002, Dr. Rawlings graduated law school and turned his attention to helping patients, victims, of medical malpractice. Through his legal work, Dr. Rawlings has gained particular insight into the world of human interaction and especially male/female relationships. His real world experience has been expanded by the practice of law and brought into sharp focus by his children and his divorce.

During this time, Charles has penned a multitude of scientific articles, continues to pursue his interest in travel, got married, and became a certified scuba diver, a certification that would deeply affect his subsequent endeavors. Currently, Dr. Rawlings is in the process of publishing his next book: a novel on all things related to relationships entitled It Really Is That Complicated”‹. You can find more of him on his websites: CharlesRawlings.com, Living Shells.com and It Really Is That Complicated.com.