Since this is the week of Valentine’s Day, I couldn’t resist sharing some of the world’s greatest love stories with you. And I have quite a Valentine’s surprise for you.

Since this is the week of Valentine’s Day, I couldn’t resist sharing some of the world’s greatest love stories with you. And I have quite a Valentine’s surprise for you. For the first time ever, I’m going to publicly share my own extraordinary love story.

You will also be meeting Robert Fulghum, author of the phenomenally bestselling book, All I Need to Know I Learned in Kindergarten. This collection of essays was the second longest #1 bestseller in 23 years.

In this show, we’re going to be talking about True Love, Fulghum’s book which is a compilation of true love tales submitted to him by his readers. The stories, chosen by Fulghum to reflect the many faces of love, are amusing, sentimental and sometimes gritty.

I know that you are going to love this show, which is a celebration of love itself! 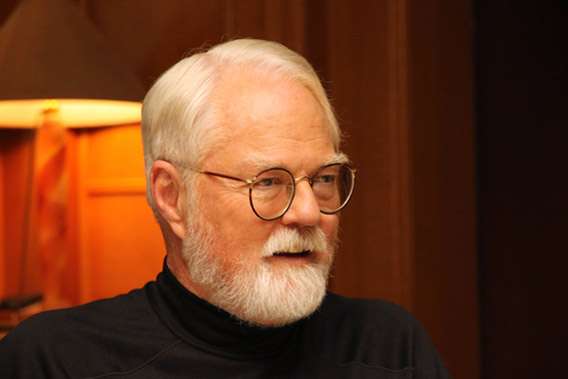 Author Robert Fulghum has published eight best-selling books of non-fiction:  All I Really Need To Know I Learned in Kindergarten, It Was On Fire When I Lay Down On It, Uh-Oh, Maybe (Maybe Not) , From Beginning To End ”“ The Rituals of Our Lives, True Love, Words I Wish I Wrote and What On Earth Have I Done?.

In his third book, Uh-Oh, Fulghum shared some short and unconventional love stories from his own experience and casually suggested that if readers had their own tales to tell, he would love to hear them. True Love is the result of the incredible response he received. The stories, chosen by Fulghum to reflect the many faces of love, are amusing, sentimental and sometimes gritty. Fulghum’s proceeds from this book were donated to Habitat for Humanity, a love story in itself.

Fulghum, a Grammy nominee for the Spoken Word Award, has performed in two television adaptations of his work for PBS, has been a speaker at numerous colleges, conventions, and public events across the United States and Europe, and has authored a nationally-syndicated newspaper column.

Robert Fulghum was born in 1937, and grew up in Waco, Texas. In his youth he worked as a ditch-digger, newspaper carrier, ranch hand, and singing cowboy. After college and a brief career with IBM, he returned to graduate school to complete a degree in theology. For 22 years he served as a Unitarian parish minister in the Pacific Northwest.

During the same period he taught drawing, painting, and philosophy at the Lakeside School in Seattle. Fulghum is an accomplished painter and sculptor. He sings, and plays the guitar and mando-cello and was a founding member of the The Rock-Bottom Remainders”“a rock and roll band of author-muscians.  He is a member of The Beat Goes On Marching Band of Portland, Oregon, in which he plays cymbals and tambourine.

A memoir, The Argentine Tango Chronicles of Senor Don Roberto Juan Carlos Fuljumero y Suipacha, will be published in Czech in the spring of 2013 and in English later in the year. A new book of essays and stories will be released in 2013, as an extension of his first Kindergarten book. Tentative title: What I Know NOW.

He continues to regularly publish an on-going journal on his website, where you can find out more about Robert Fulghum, his books, and upcoming releases.